An Interfaith City Vs. A Mixed City 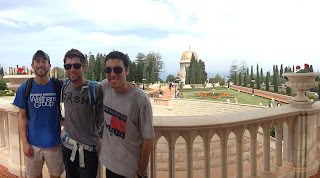 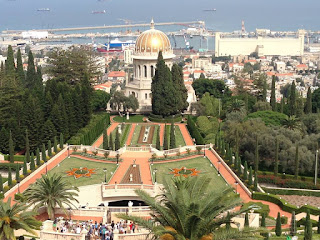 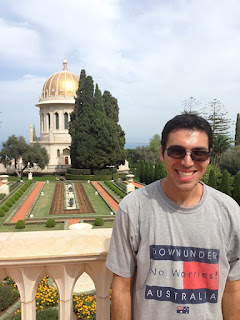 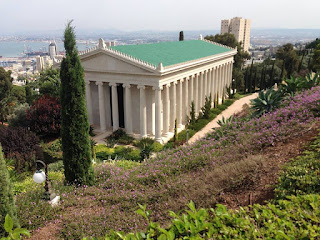 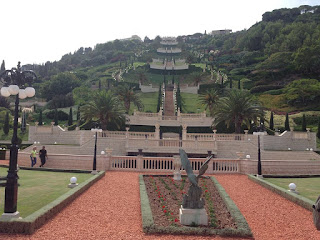 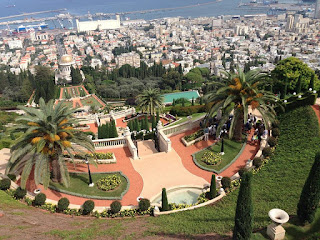 Over the past week, I gained more insight into the different components that define a mixed city with Jews and Arabs in Israel. Living in Lod has started to get me thinking of what it truly means to live in a mixed city. There is definitely a lot of material to absorb here, with Jews and Arabs working together on community projects and even being neighbors in some cases. However, going to the breathtaking city of Haifa last week made me think about an entirely different meaning for living in a mixed city. After visiting Haifa, which appeared to include many more efforts for interfaith cooperation than Lod, I began to think about what the ideal situation is for a mixed city in Israel, and how this compares to my experience with and understanding of interfaith relations.

From my observations, Lod falls rather low on the mixed city scale, and cannot be truly considered an interfaith city. True, there are many Jews and Arabs who live and work together in Lod and those residents get along very well. My host family, for instance, has Arab neighbors and is very friendly to them when they see them around. However, it is not the same feeling of community that I experienced through my interfaith work in college. On the American University campus, I felt that I was in a completely welcoming environment whenever I stepped foot into a religious service or meeting, regardless of the group that was conducting it. Even though I'm Jewish, I had no problem attending events that predominantly contained people from other faiths, and I found it so easy and fulfilling to engage someone from a different faith in an educational conversation about their customs. On the contrary, in Lod I feel that most areas are classified as either Jewish or Arab, and one cannot feel comfortable enough to spend significant time in neighborhoods concentrated by the opposite group.

After my visit to Haifa, I decided this city much greatly fit my criteria of being both a mixed and interfaith city. One reason for this was the activities that are organized to encourage friendly Jewish-Arab relations, which are predominantly coordinated by the organization Beit Hagefen. Beit Hagefen is a nonprofit that strives to create a safe space for all Haifa residents to gain equal ground and express their cultures in an effort to promote intercultural understanding. My group met with two representatives from this organization who told us a bit about its background and the events it does to involve all of Haifa's cultural and religious groups. One event that impressed me in particular was the Holiday of Holidays Festival, which takes place in the steets of Haifa around the November/December holidays (Christmas, Hanukkah, and Eid-al-Fitr) and showcases different cultural and religious symbols and performances. To my surprise, Beit Hagefen and other interfaith centers in Israel do not conduct much discussion between the religious groups, and instead focus on collaborative events between them. This was not what I expected out of an organization that promotes interfaith unity, since most of the interfaith work I'm experienced with greatly utilizes discussion about religious topics that can bring different religious groups together. I was definitely shocked, but I was glad to see the success of this method in bringing together Haifa's multicultural residents.

Another aspect of Haifa's interfaith identity that greatly impressed me was its emphasis on the Baha'i religion. When I went to Haifa, I had the opportunity to tour the beautiful Baha'i Gardens and learn about the fascinating Baha'i faith. This site is one of the holiest Baha'i sites in the world because it is the burial site of the Bab, the predecessor to the main Baha'i prophet Baha'ullah. I had toured the Baha'i Gardens once before, but this time around I was able to get much more out of learning abut the religion's unique practices.  One aspect that really interested me was the openness to other religions, to the extent that Baha'is are encouraged to look into other faiths and do not need to commit to a religion until their early teenage years. I also found it interesting that Bahai's traditionally worship at home, and "houses of worship" are generally used for community gatherings and not for prayer services. In this sense, the religion has a large individual component, and followers are allowed to form their own unique relationship with God. Another interesting fact is though Akko and Haifa are the two holiest cities for the Baha'is, no Baha'is actually live in Israel permanently, because they do not wish to add to the religious conflicts present in this land. This is such a fascinating religion to me, and I hope I will get to learn more about it.

Both of these experiences made me think about how Haifa residents noticeably integrate different religious and cultural traditions into their society. The Baha'i Gardens are located on the slope of Mount Carmel, and are very easily noticed when passing through the city. Similarly, many Arab neighborhoods of Haifa are located in the center of the city, and it is easy to see Arabs and Jews walking on the same streets and even interacting. Lod closely resembles my idea of an interfaith city, but it does not meet the criteria in the same way as Haifa. While Lod allows separation between Jewish and Arab neighborhoods, Haifa discourages it. While Lod is prone to occasional riots and narratives of misunderstanding, Haifa contains pockets of cooperation and tolerance. Both are wonderful cities with great examples of coexistence, but from my experience with interfaith work I believe Haifa is on the better path toward Jewish-Arab coexistence and lasting friendship.

This week is my first week of working at the Elrazi school, and I'll surely have many interesting stories to post soon. Until then, l'hitraot!
Posted by Unknown at 12:23 AM